The Purple Post Ranch began as an imaginative exercise,
to go back to my free piecing infancy
and truly follow Julie's process notes as a beginner might.

I built the barn using the notes for the Author's summer barn.

I placed purple fence posts in the field for no other reason
than because I believe in breaking the rules
and would love to see a fence in
any other colour than weathered wood or white!

(Purple also happens to be my favourite colour and,
as my sister says, ‘Purple is the colour of grooviness!’)

My quilt began to become a social statement
with the woman driving the giant tractor.

Close inspection of the picture shows a woman waving,
but at a glance I saw a gutsy woman in her blue dress shouting,
‘I am a woman, I can do anything!’

This statement is also a bold reflection of my personality:
tell me I can't, then stand back and watch me.

The time involved in this barn building process
gave me time to reflect and inspired within me much thought
about the state of farming in our small province.

Our barns are falling down,
land is being sold to developers,
and a way of life is being lost.

Every farm lost takes with it a little chunk
of the province’s ability to sustain itself.

No Farms No Food is a community coalition
in Kings County, Nova Scotia.

A group of concerned farmers, business operators,
teachers, wild life enthusiasts, health care professionals,
and individuals from every walk of life
have come together to oppose the loss of farmland.

This coalition works actively with our government
to promote and secure food security and sustainability,
while delivering a loud and clear message
to the citizens of Nova Scotia.

Supporting our local farms and businesses is the back bone
upon which the movement is built;
the simplest and most important way we can all help to preserve
a history that has kept us fed since the 1700s.

Valerie’s fussy cut fabrics inside the barn’s
open arched door frame and to the left of the barn
include not only farm equipment,
but also people at work.

Stitch in the ditch (SID) work
around the letters and purple posts
adds definition without overwhelming the elements.

Notice the half circle fan design in the haymow,
the window and door details,
and the way the quilting emphasizes
the design of carefully chosen fabric elements
while allowing them to tell the quilt’s story.

I grew up on the south shore of Nova Scotia.

That coastal upbringing has given me
a fondness for the ocean and her seaside buildings,
known locally as fish stores or stands.

The landscapes that live among the memories of my childhood
include the fish stores I played in as a child,
the wharves our men fished from,
and the cold clean water that provided
many a meal and in which I learned to swim.

There are few barns along these shores as
most of the farming that exists today
happens in the interior of the province.

Like the old barns of this province the fish stores,
along with the livelihood that the sea
once provided the people, are also disappearing.

I chose this small building that once stood
along the shore in Rose Bay, Nova Scotia
as my inspiration to honour one of these buildings lost to time.

Our old fish stores were built to accommodate
the immovable granite terrain on which many were perched
and strong enough to withstand years of
gale force winds and the pounding of the sea.

My Rose Bay Barn’s design suggests the simple, practical
architectural shape common to this shore
and the landscape allows the viewer to picture
the rocky ledges that are the waterfront of rural Nova Scotia.

Valerie used the colors and textures of her fabrics
as well as their shapes to share her vision,
providing both seasonal and locational context for her barn.

In addition to the gray areas near the barn’s foundation,
notice the single narrow strip of gray
used to define the rocky shoreline on the opposite side of the bay.

Textural stitching unifies the windswept grasses,
adds character to the barn,
and creates waves in the bay.

Be sure to look closely near the shoreline
for two groups of irregularly shaped quilted granite boulders.

Thank you so much for taking time to share your thoughts! 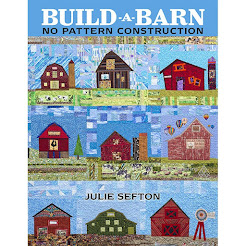 Autographed Copies of Build a Barn

Thank you for visiting the BUILD A BARN blog. To help you find your way around, the posts are shown in reverse chronological order (newest first, oldest last). You can either scroll through and read as you go or use the LABELS in the sidebar to help locate posts that are of greatest interest to you.
There are also a number of tabs below the blog header. Click on each tab to discover another page full of information and photos for the members of the Secret Society of Barn Builders, the archived list of links from our 2016 SSOBB Blog Hop, additional resources, and all sorts of other interesting book-related information. Enjoy your visit! 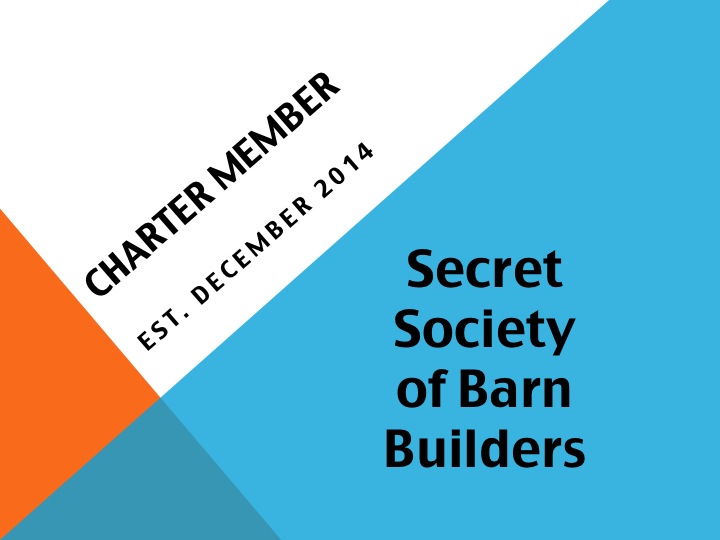 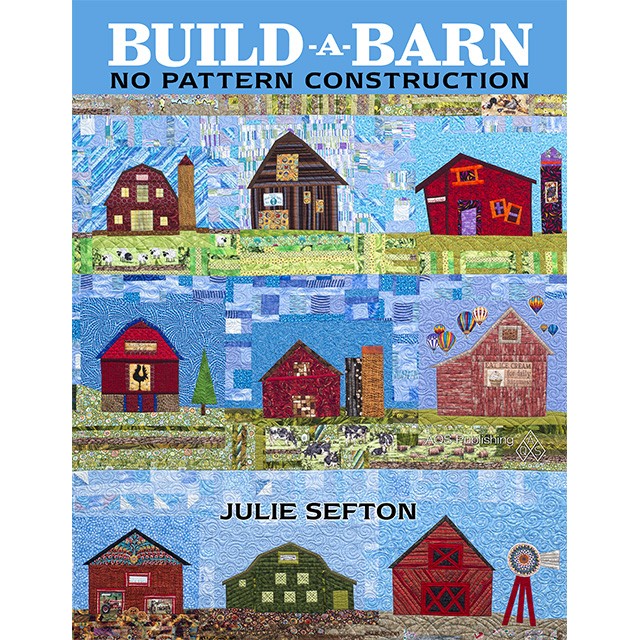 One VERY Special Group of Quilters

Brenda S (L) and Valerie L (R) 2018 Of all the good things that have come from the publication of BUILD A BARN, the friendships t... 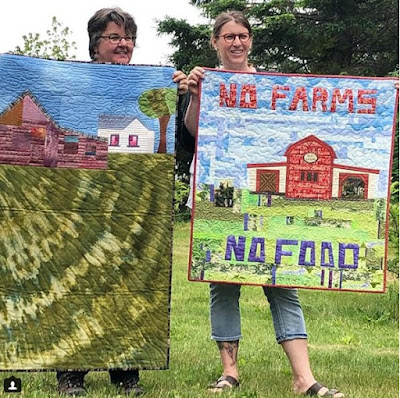 Aristotle Got It Right

“The aim of art is to represent not the outward appearance of things, but their inward significance.”

Quiltdivajulie
Liberated. Eclectic. Colorful. Scrappy. These four words encompass who I am as a quilt maker. I love sharing my process from gestation through completion here on the blog and my alter ego “Quiltdivajulie” and I agree, it is ALL about the journey.

We had SO much fun! 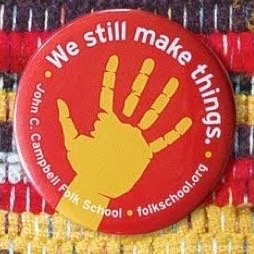